A paper published in AI Communications provides a comprehensive look at the development of an ethical framework, code of conduct, and value-based design methodologies for AI researchers and application developers in Europe. The “Barcelona Declaration for the Proper Development and Usage of Artificial Intelligence in Europe” was launched in the spring of 2017 at the B-Debate event in Barcelona, to stimulate further discussion among policy makers, industry leaders, researchers and application developers on AI’s opportunities and risks in the current “gold rush” environment.

A paper published in AI Communications provides a comprehensive look at the development of an ethical framework, code of conduct, and value-based design methodologies for AI researchers and application developers in Europe. The “Barcelona Declaration for the Proper Development and Usage of Artificial Intelligence in Europe” was launched in the spring of 2017 at the B-Debate event in Barcelona, to stimulate further discussion among policy makers, industry leaders, researchers and application developers on AI’s opportunities and risks in the current “gold rush” environment.

In addition to documenting the complete Barcelona Declaration, the paper examines the rationale behind it, focuses on safety, reliability, and ethics issues and evaluates progress on its key recommendations. Sponsored by the Biocat and l’Obra Social la Caixa, with support from ICREA, the Institut de Biologia Evolutiva, and the Institut d’Investigacio en Intelligencia Artificial, B-Debate assembled top experts in Europe to discuss strategies to deal with AI risks and benefits. The event was unique because of the participation of European developers and researchers in discourse that had been previously dominated by US and UK social scientists, legal experts, and business consultancy firms. The Barcelona Declaration was signed by most of the participants and is accessible for signature and discussion on the web. “Given the widespread interest in AI and the eagerness to develop applications that affect people in their daily lives, it is important that the research and application development community engages in open discussions to avoid unrealistic expectations, unintended consequences, and usage that causes negative side effects or human suffering,” said Luc Steels, PhD, ICREA Research Professor, Catalan Institution for Research and Advanced Studies (ICREA) – IBE (UPF/CSIC), Barcelona, who with his co-investigator Ramon Lopez de Mantaras, PhD, Research Professor of the Spanish National Research Council (CSIC) and Director of the Instituto de Investigación en Inteligencia Artificial (IIIA) – CSIC, Bellaterra, Barcelona, organized the Barcelona event. While most AI activity is in the US and China, recent actions by the European Commission and national governments indicate that research and development are ramping up in Europe, growth that the discourse around the Declaration is helping to shape. A promising development was the recent allocation within the European H2020 framework program for the creation of an ecosystem and platform to stimulate European AI research, as called for in the Declaration.

The paper renews its appeal to European funding agencies and companies to invest in the development of AI at a scale that is adequate for the challenge, and in such a way that all European regions and citizens can profit. The B-Debate, Barcelona Declaration, and a rapidly growing body of literature are raising pressing questions that continue to resonate: Is AI ready for large-scale deployment? AI is now used primarily for commercial purposes, but can we also use AI for the common good? What applications should we encourage? How can the negative effects in the deployment of AI be addressed? What are recent technical breakthroughs in AI and how do they impact applications? What should be the role of AI in social media? What are the best practices for the development and deployment of AI? “While rapid AI advances are widely anticipated with excitement, some anxiety about progress is necessary and justifiable,” commented Steels and Lopez de Mantaras. “The common fear that AI deployment will get out of hand may seem far-fetched, but there are already unintended consequences that need urgent remediation. For example, algorithms embedded in the web and social media have an impact on who talks to whom, how information is selected and presented, and how facts/falsehoods propagate and compete in public space. AI should (and could) help to support consensus formation rather than destroy it. AI systems should make it very clear that they are artificial rather than human. Fooling humans should never be a goal of AI.” Questions are also being explored about the reliability and accountability of AI systems based on deep learning involving rule-governed behavior (e.g. financial decision-making, human resource management, or law enforcement).

Embedded biases can prevent qualified job seekers from passing screening or result in unjust parole decisions. Autonomous AI systems pose different concerns. Do we need to put limits on autonomous weapons? Who is responsible when something goes wrong with a self-driving car? “The Barcelona Declaration has set forth a governance framework to integrate best practices proactively, as part of the design process. We believe that AI can be a force for the good of society, but that there is a sufficient danger for inappropriate, premature or malicious use to warrant the need for raising awareness of the limitations of AI and for collective action to ensure that AI is indeed used for the common good in safe, reliable, and accountable ways,” explained Steels and Lopez de Mantaras.

Although the landscape of AI in Europe is rapidly changing through all these discussions and activities, the investigators conclude that issues raised in the Declaration remain highly relevant, and renew recommendations in several priority areas:
• There is an even greater need today to clarify what we mean by AI when discussing legal and ethical issues. There is a lack of distinction between knowledge-based AI, which models human knowledge in computational terms, or data-oriented learning, commonly known as machine learning. The legal and ethical issues and applications for both approaches are dissimilar, but the AI’s full potential will only be realized with a combination of them.
• The question how much autonomy should be given to an AI system is for many applications, such as weapon technology or autonomous cars, of primary importance. One approach is to create rules of governance and a legal framework that is both a guideline for developers and a mechanism by which those impacted negatively by the technology can seek redress.
• The focus must shift from machines replacing human workers to complementing and leveraging humans in performing tasks and making better decisions. The discussion on automation should focus on the changing nature of work, not only the number of jobs.
• There is a long way to go to adequately support the development and deployment of AI in Europe. The Declaration has helped to raise awareness and has given additional impetus to government initiatives, but concrete actions and stable funding allocations that directly impact AI deployment, research, and education in Europe are still rare.

About AI Communications
AI Communications has a close relationship to EurAI (European Association for Artificial Intelligence, formerly ECCAI). It covers the whole AI community: scientific institutions as well as commercial and industrial companies. It aims to enhance contacts and information exchange between AI researchers and developers, and to provide supranational information to those concerned with AI and advanced information processing. AI Communications publishes refereed articles concerning scientific and technical AI procedures, provided they are of sufficient interest to a large readership of both scientific and practical background. In addition, it contains high-level background material, both at the technical level as well as the level of opinions, policies and news. http://aicommunications.eu&nbsp;

About IOS Press
IOS Press is headquartered in Amsterdam with satellite offices in the USA, Germany, India and China and serves the information needs of scientific and medical communities worldwide. IOS Press now publishes over 100 international journals and about 75 book titles each year on subjects ranging from computer sciences and mathematics to medicine and the natural sciences. http://iospress.com 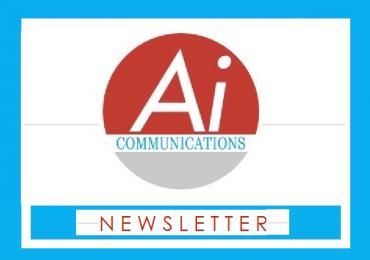 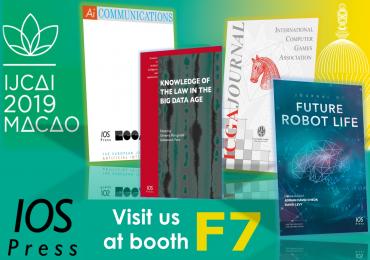 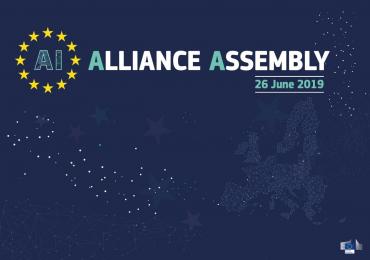